Chris Pasin began studying the trumpet at the age of nine in New York City, studying with various teachers, especially the great Carmine Caruso. After high school he earned a dual bachelors degree at the New England Conservatory of Music in classical and jazz trumpet performance, playing and recording under Jimmy Giuffre, Gunther Schuller, George Russell, and Jaki Byard; the last of which he studied jazz improvisation and composition.

During this time he helped found the Medium Rare Big Band, which had the likes of musicians Jed Levy, Jeremy Kahn, and Steve Johns in it, and earned accolades at various jazz competitions and performed with the likes of Dizzy Gillespie, John Lewis, and Slide Hampton. He was also performing with the George Russell orchestra at the Village Vanguard in New York, also working regularly as a sideman and studio musician in Boston for five years.

Pasin spent two and a half years trumpet playing with the Buddy Rich band in the early 80’s, at which time he relocated to New York City. This was a great growth period as the bus rides were like a listening room and had the influence of many of the great musicians of band in that era, like Walt Weiskopf, Conrad Herwig, and Dave Stahl. Much of the next decade was spent playing jazz with various groups, including several years with the Toshiko Akiyoshi/Lew Tabackin big band, which provided daily exposure to an even more inspiring group of great musicians, including Frank Wess.

There was also work with Jack McDuff, many Salsa and Brazilian bands, and various other jazz ensembles. At this time he also studied composition with Richie Beirach and continued study of the trumpet with various teachers while writing and playing creative music with many of the jazz musicians that were in New York in the 80’s and 90’s.

For more than sixteen years, Chris pursued a non-musical career. However, the development of Chris’s children musically sowed the seeds of renewed passion for jazz.

Recently, he began playing the trumpet again and has been so inspired, he released “Detour Ahead.” Chris is now playing jazz again frequently with various musicians in and around the New York area and is also writing music to record for several current projects. 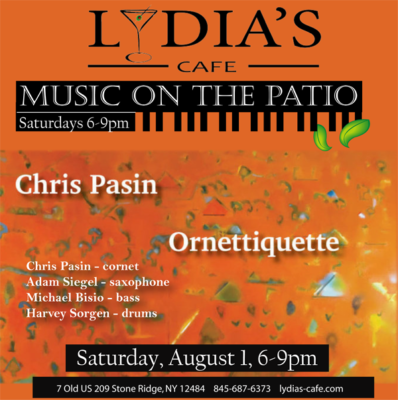